An increasing number of analysts and policy makers are expressing concerns on a growing bubble in China’s property market. If the housing prices are indeed caused by excessive liquidity in the market, the central bank can make adjustment by tightening up the monetary policy. However, the problems may lie on the structure of the economy, which cannot be solved by simply changing monetary policies. I will introduce two newly emerging views on the causes of the high housing prices.

Dwelling Narrowness, a recent Chinese TV series, has attracted considerable attention from the public. The TV series vividly depicts the hardship of a family to purchase an apartment in Jiang Zhou (a fictitious city that resembles Shanghai). Many young urban residents see the remarkable parallel between their lives and the story in the TV series. The Chinese tradition urges them to own a piece of property in order to settle down. However, the apartment prices remain unaffordable.

A Chinese who once worked in Tokyo was surprised by the apartment prices in Shanghai, where he later relocated. He says that the apartments in Shanghai are almost as expensive as the ones in Tokyo, even though the GDP of Tokyo is greater than that of Shanghai. The median salary of a college graduate in Shanghai w as 2,567 RMB in 2008, roughly 380 dollars and the average disposable income is 8,113 RMB per person. The average apartment price is over 22,000 per square meters (more than $32,000) per square foot as of this December. A college graduate has to spend almost 9 months of his salary and an average Shanghai family needs a whole year’ s disposable income to purchase only a square meter of an apartment. An increasing number of analysts and policy makers are expressing concerns on a growing bubble in China’s property market. If the housing prices are indeed caused by excessive liquidity in the market, the central bank can make adjustment by tightening up the monetary policy.

However, the problems may lie on the structure of the economy, which cannot be solved by simply changing monetary policies. I will introduce two newly emerging views on the causes of the high housing prices.

This arrangement has given government a huge fiscal war chest and has left the local government to deal with the fiscal gap . The land – transferring fee becomes a natural source of non-tax income that mitigates the fiscal gap. In the recent three years, the land-transferring fee has become one of the major financial resources for bi g cities like Shanghai. Shanghai’ s land-transferring fees in the first three quarters of 2009 reached 65.2 billion RMB, while the total fiscal revenue of Shanghai (January to August’ 2009) was 174.48 billion RMB. Thus, the local government has the incentive to inflate the housing prices in order to gather enough financial power. He Keng believes that there is a twin-bubble in the real estate market. The local government tries to inflate the land prices in order to increase their fiscal revenue and the individuals are speculating on the housing prices.

Larry Lang, a lecture professor at Hong Kong Chinese University, provides another structural explanation for the high real estate prices. He attributes the high housing prices to a structural imbalance in the public sector and the private sector. According to Lang, the deteriorating return on investment and the excessive productivity in the private sector (Lang cites the stunning 30% failure rate in the Guangdong Manufacturers as an evidence of the declining ROI) are inflating the housing prices.

A huge amount of liquidity that should have gone to the manufacturing sector and other parts of the real economy has instead gone to the stock market and housing market and are pushing up the residential real estate prices. He says that simply tightening up the monetary policy will prick the bubble, but the whole economy will suffer from the consequences. He also thinks that the only way out is to improve the investment opportunities.

The heated residential real estate market has already brought the attention from the top policy makers. Moreover, they seem to have considered addressing some of the structural problems in their policy proposals. The standing committee of the state council recently identified that the housing prices in some areas are increasing too fast and the government will take on this issue by four means – an increase in the supply, differentiating the terms of credit to the residential purchases and the investment purchases, strengthen the housing market regulations and increase the support to provide affordable housings to the low-income families. In fact, the property tax is already under test-run and is expected to be introduced in the near future. The introduction of the tax is likely to have a cooling effect on the market. He has proposed a more radical approach that aims to stem off the ill incentive of the local government to generate revenue from t he land transferring fee. He proposes to let the central government take over t he land transferring fee revenue. While this solution is not difficulty in the technical sense, it will inevitably face resistance from the government.

Finally, no matter whether his proposal will be adopted, the housing market probably does not have much upside. Wang Shi, the CEO of the biggest residential developer, has prepared his firm for the burst of the housing bubbles. The speculative buyers may need to take a leap of faith to jump into this market. 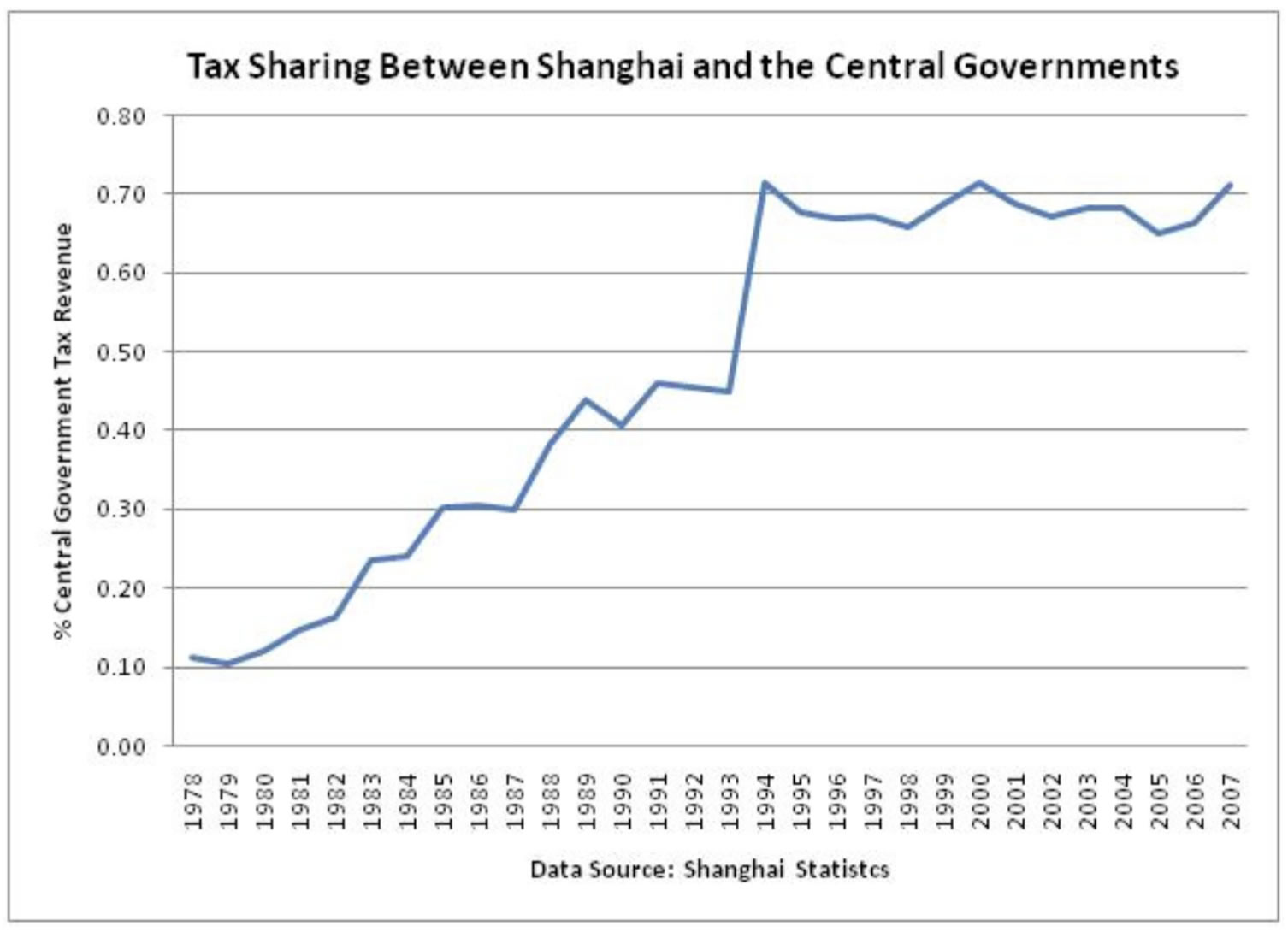 Dexin Zhou
Emory University – Goizueta Business School, Atlanta
Dexin is a Doctoral Fellow at Goizueta Business School, Emory University. He joined this program after completing his BA in Mathematics at Bard College. He has worked in various research programs in the past summers, including the summer research program in NCSU on data mining, research assistantship at Bard’s math program and research assistantship at Boston College. In addition, he was a hedge fund analyst intern at Tivoli Partners in the summer of 08.