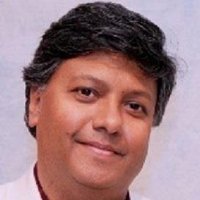 Viren Mayani is Business Manager to the Executive Offices of one of the top five mayors in the US, Hon. Shirley Franklin of Atlanta, Georgia. Viren is an active member and an Award recipient of the Indian Professionals Network. He is an active member of the Atlanta Press Club as well as the Financial Executives Network Group (FENG) Atlanta Chapter. He is a Board member of the Gandhi Foundation of USA. He was recently elected to a three year term as Board Member of the Asian American Heritage Foundation.

As a member of the Atlanta – Ahmadabad Sister City task force he participated in the selection, election and culmination of Ahmadabad as Atlanta’s Sister-City and welcomed the Hon. Mayor Amit Shah with his delegation to City of Atlanta’s Global Conference on Green Initiatives. As Board of Director member of Gandhi Foundation of USA he was party to appointing Moses Mukami as a Peace Ambassador to Kenya during Kenya’s recent ethnic riots. He was invited by the Director of Mahatma Gandhi Center for Global Non-Violence @ The James Madison University (Harrisonburg, VA) to commemorate the University’s 100th Anniversary Celebrations and honor the Nobel Laureate, His Grace Arch Bishop Desmond Tutu from Africa with the inaugural Gandhi Center Award.

Mr. Mayani teamed with Ms Ruth Woodling to raise money from the Indian Diaspora for the City of Atlanta to own and display the King Papers (Dr. Martin Luther King Jr’s original notes, speeches and papers collectively known as the King Papers) at a yet to be completed building. He was the main coordinator, emcee and organizer for The Path to Peace, a multicultural dance-drama scripted on Gandhiji’s peace work at Georgia State University’s Rialto stage. This fund raiser was to benefit India’s Ekal Vidyalaya movement (for the education of rural Indian children).

He received a Master of Business Administration from the University of Scranton (1988).

Viren also trained for and served the 1996 Paralympic World Games in Atlanta as an Envoy to the Chef De Mission and the delegation from Moldova as well as the 1999 Special Olympics World Games in Raleigh; as the Delegation Assistant Leader to the Indian Team. After the 1996 Games he formed the (PEG) Paralympic Envoy Group; a group of international volunteers that trained for the management of International Athletes with disabilities, which group he led to serve the Raleigh, NC World Games as well as to raise seed money for a wheel chair factory to be built in Quito, Ecuador to prevent Athletes from suffering such as the two quadriplegics that nearly died of bed-sore wounds, caused due to lack of money to support mobility. This walk and run event with cultural entertainment was held at the Perimeter Mall in 1997.

Viren is a published writer with an Indian Magazine ‘Khabar” that is a leading South Eastern US English Magazine for the South East Asian Diaspora. He has been an established author since the past decade. His writing voyages allow him to engage with many international personalities including His Honorable Ambassador from India Ronen Sen, His Holiness the Dalai Lama, the Chief Minister of Maharashtra; Shri Deshmukh, the President of the Southern Christian Leadership Council Mr. Charles Steele, spiritual leaders such as Sri Sri Ravi Shankar, Sadguru Sri Jaggi Vasudev, Dada Vaswani, the survivors of the Atomic Bomb from Japan, many music virtuosos including Ustad Zakir Hussain, performing arts exponents such as Vani Ganpathy, Bollywood celebrities including Lisa Ray, leading industrial and business moguls including Technocrats besides others.

Mr. Mayani’s wife Rifka continually performs Bharat Natyam exponent dances to educate the mainstream of India’s color, cultures and traditions. She routinely participates with the Performing Arts classes at the Kennesaw State University. She has performed for the Board of Regents Dean’s Conference. She performed for the Hon. GA Governor Zell Miller. She performed at the High Museum for unveiling the Indian Saree. She welcomed in Hindi, the over 150 foreign delegations from the World to Atlanta during the 1996 Summer Olympic Games on WGNX and CBS TV. Rifka also serves several non-profits with Viren. She also performed at the 1996 Olympic Village for the Motorola Executive Guests.

Viren’s daughter Hansinee, who was recently acknowledged by the GA. General Assembly by a resolution (# HR1191) passed by the State Rep. Jerguson for her winning the 1st prize at the 1st Grade level for an essay contest “What it is to be a good citizen?” held at America Heritage Academy.