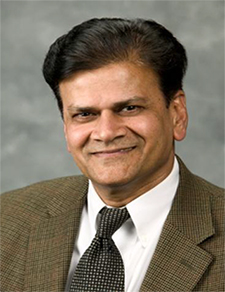 Entrepreneur-In-Residence at ‘Center for Distributed Energy’, and Industry Fellow for GRA Startups

His passion is to grow businesses profitably – big or small: Be it in a Fortune 50 multi-billion dollar global corporation or his several successful entrepreneurial small & medium enterprises. Over past two decades, he led 7 businesses to significant growth creating a total value of several billion dollars for stakeholders.

Most recently, he led Innovolt Inc’s rapid global growth – from a challenged start-up to a fully operational and profitable business in less than three years in spite of an tough economy. He and Innovolt won several awards including the nominations among the TOP 10 for leadership and growth in Southeast, U.S.A.

In 2005, he along with Dr. Jag Sheth co-founded JS3 Global, LLC – a global “investment and operating” company that helped grow SMEs by infusion of capital, leverage of emerging markets, and injection of outstanding management DNA from their stable of world-renowned associates and executives. These operations are now merged with an upcoming Global Emerging Markets Enterprise Fund.

Earlier, one of Suresh’s well-known expert areas has been his outstanding hands-on experience of doing Business Integration of many Cross-border Mergers and Acquisitions – globally – thus translating inorganic growth into organic growth. In his role as Global Technology Leader, up till 2004, for $1.2 Billion GE Energy’s T&D (Transmission and Distribution) Business unit, he played a key role in creating and integrating this industrial business from scratch through 22 acquisitions. The acquisitions varied in size, technology, product lines and geography: from half a million to several hundred millions of dollars in revenue, and included software, embedded systems, sensors and hardware companies spread over America, EU and Asia.

A well-known keynote speaker, Suresh serves on the Board of Directors of several organizations – small and big – globally: Businesses, policy, universities, and publicly-traded AccelFrontline and Asian Electronics Ltd. in India.

For his work done in GE during 1999-2000, he was awarded a U.S. patent in e-Business software application to optimize power plants – that grew to generate revenues of over $1B in online sales.

His past aerospace industry experience includes working with British Aerospace plc and Rolls-Royce in England, MATRA in France, and NASA at Hampton VA. He has numerous well cited technical journal publications in the area of advanced thick composite material systems – with applications in GE90 jet engine and Boeing’s Dream Liner.

Earlier, in 1970s, Suresh started out with his first career as a Naval Officer in India, later specializing in Aviation and serving on Aircraft Carriers in India and U.K.

He is an active community volunteer and leader serving and having served numerous organizations in U.S. and abroad: External Industry Advisory Board of Georgia Tech (MSE), Fellow of Georgia Tech Venture Lab, Advisory Board: MAC (Metro Atlanta Chamber), GIACC (Georgia Indo-American Chamber of Commerce), TiE (The Indo-US Entrepreneurs), India China and America Institute, Aravali Institute of Management (India), Board of Trustees of BITS-75 Charitable Trust, and an invited adjunct faculty to the B-school at BITS – Pilani, India.