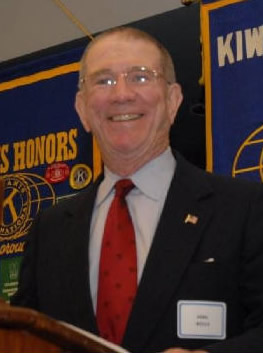 Ambassador John Kelly is President of John Kelly Consulting, Inc., an international consulting firm that has assisted international firms with overseas marketing strategies and partnering arrangements since 1994. He is also Ambassador-in-Residence at the Center for International Strategy, Technology and Policy in the Sam Nunn School of International Affairs at Georgia Tech in Atlanta.

Kelly was Assistant Secretary of State for the Near East and South Asia from 1989 to 1991, during the Gulf War and up to the Madrid Middle East Peace Conference. As Assistant Secretary he visited the sub-continent for policy discussions with top governmental leaders. He was American Ambassador in Beirut from 1986 to 1988 during the war years and was U.S. Ambassador in Helsinki, Finland from 1991 to 1994.

Kelly has published on terrorism and defense issues: “The Paris Hijacking” in Diplomats and Terrorists: What Works and What Doesn’t, (Georgetown University Press, 1982) and “Lebanon, 1982 – 1984” published in English and Russian by the RAND Corporation in U.S. and Russian Policymaking With Respect to the Use of Force, Santa Monica, 1996); “French Defense” in Defense and Foreign Affairs (American Enterprise Institute, 1982); “NATO Expansion: Time for Prudence” published in English and Japanese in European Enlargement: Global Issues, (International Institute for Policy Studies, Tokyo, 1999).

He is a member of the Council on Foreign Relations, the American-Turkish Council, the Middle East Institute and the Southern Center for International Studies. He is on the boards of the Lebanese American University, Scandinavian American Foundation and the Finnish American Chamber of Commerce. Kelly is a frequent contributor to the Atlanta Journal-Constitution and writes a bi-monthly column for Defense and Aerospace, a journal published in Turkey.

Kelly is married with two children. He is a graduate of Emory University, the Armed Forces Staff College, and received a certificate in advanced international studies from the Institute for the Study of Diplomacy at Georgetown University. He speaks French and Thai fluently and Turkish, Spanish and Finnish with less command.