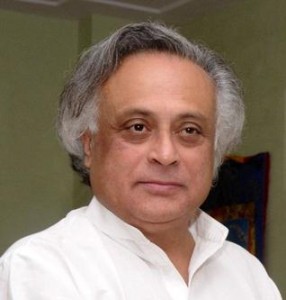 Jairam Ramesh is presently a Congress Member of the Indian Parliament. He is a member of three committees of Parliament—the Public Accounts Committee, the Standing Committee on Finance and the Committee on Government Assurances—and a member of the Court of JNU, New Delhi. He is also a member of the National Advisory Council that is chaired by Smt. Sonia Gandhi. He helped put together the National Common Minimum Program of the United Progressive Alliance that came to power in May 2004. Earlier he was part of the Congress election strategy team for the 2004 Lok Sabha elections.

Mr. Ramesh has held numerous government and political posts. He served in the Planning Commission, Ministry of Industry and other economic departments of the Central government and has been entrusted with numerous special assignments such as reorganizing India’s international trade agencies, implementing India’s technology missions and analyzing energy policy. He has also served as Advisor to the Finance Minister, Advisor to the Deputy Chairman of the Planning Commission and Advisor to the Prime Minister. The present central government invited him to join the official Indian delegation to the WTO meeting in Seattle in 1999. He was also been invited by the government of Andhra Pradesh to serve on its Economic Advisory Council and serves on the eminent persons group of the Union Ministry of Power and other key government committees.

Mr. Ramesh has authored a number of key government reports in areas as diverse as energy, technology, capital goods, industrial policy and telecom and was a key player on the team that formulated and implemented India’s economic reforms in 1991 and 1997. He serves on the boards of a number of public institutions in India and abroad and was a founding member of the Indian School of Business in Hyderabad. He writes a widely-read column on economics and public policy called Kautilya in The Times of India and has anchored a number of popular television programs on business and the economy, including Business Breakfast and Crossfire. He is the author of the recently published book, Making Sense of Chindia: Reflections on China and India.