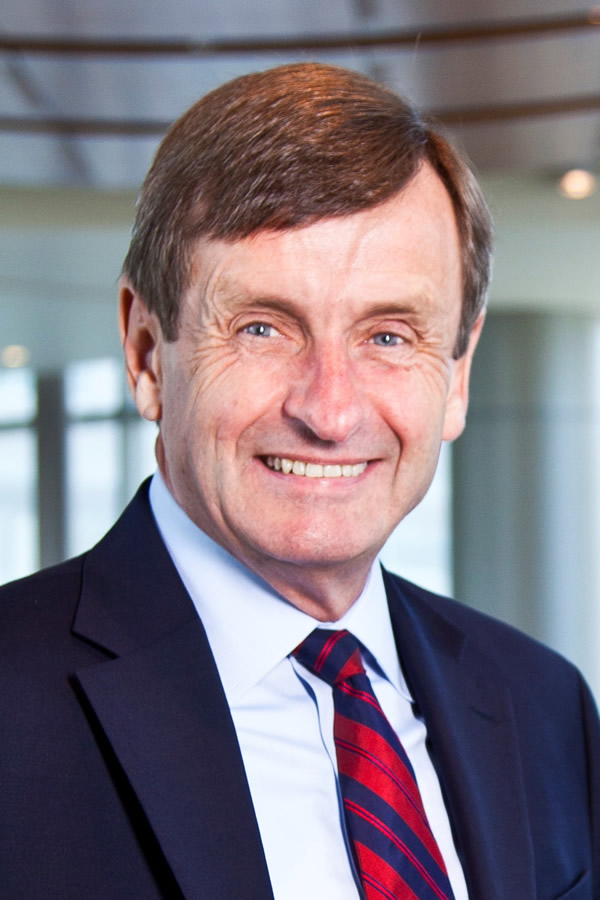 Dean of the Rollins School of Public Health

Dr. James Curran has been Dean and Professor of Epidemiology at the Rollins School of Public Health of Emory University since 1995. He also serves as Director of the Emory Center for AIDS Research and holds joint appointments in the Emory School of Medicine and the Nell Hodgson Woodruff School of Nursing.

In 1971, Dr. Curran began his career with the Centers for Disease Control and Prevention (CDC). His early assignments included research and faculty appointments at the University of Tennessee and Ohio State University Schools of Medicine and positions in health departments in Memphis, Tennessee and Columbus, Ohio. He served in leadership positions in CDC’s HIV/AIDS research and prevention activities from 1981 through 1995 and reached the rank of Assistant Surgeon General in 1991. His awards include the Distinguished Service Award, the Centers for Disease Control Medal of Excellence, the Surgeon General’s Exemplary Service Award, the U.S. Department of Health and Human Services Equal Opportunity Achievement Award, and the Edward Brandt, Jr. Award from the National Leadership Coalition Against AIDS. He was elected to the Institute of Medicine of the National Academy of Science in 1993. He is a Fellow of the American Epidemiologic Society, the American College of Preventive Medicine, and the Infectious Diseases Society of America and is a member of the American Medical Association, the Georgia Public Health Association, the American Public Health Association, and the Atlanta Rotary Club among others. Dr. Curran has authored over 240 publications and serves as a scientific advisor to the National Institutes of Health, the National Academy of Science, the Centers for Disease Control and Prevention, the World Health Organization among others.

Dr. Curran serves on the Boards of the Georgia HealthCare Foundation, AID Atlanta and MedShare International while serving as an advisor to the Georgia Cancer Coalition, Jerusalem House, and other local, national, and international organizations.