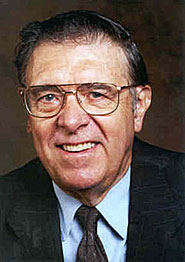 Ambassador Streeb recently retired as the Carter Center’s associate executive director for peace programs. He oversees center projects to promote democracy, human rights, economic development and conflict resolution. Ambassador Streeb came to The Carter Center in 1994 as diplomat-in-residence near the end of a 30-year career in the U.S. Foreign Service, a professional path that included assignments in West Berlin, Mexico, Geneva, and New Delhi, culminating in his appointment as ambassador to Zambia from 1990-1993. His Washington assignments included several policy positions in international economic development.

An economist by training, for several years he directed the Carter Center’s Global Development Initiative, an innovative project to assist emerging democracies in creating sustainable development plans. He is on the Board of Friendship Force International (FFI), an organization that facilitates international friendships through travel and the formation of friendship clubs. FFI was a Noble Peace Prize nominee in 1992. Ambassador Streeb is now a visiting professor of economics at Emory University in Atlanta.