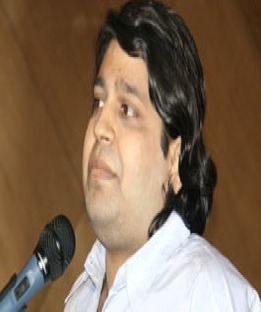 Prof. Amlan Bhushan trained as an Economist and as a Public policy researcher at the School of Government, Victoria University, Wellington, New Zealand, starting with a Board appointment, to the largest youth charity in New Zealand, The young New Zealander’s Foundation. He shared this role with the Governor of National Bank of New Zealand, Sir Wilson Whineray in 2004. He also served a few famous senior political names in New Zealand, in roles ranging from institutional strengthening advisor, private secretary and international development manager, as his earliest career engagements.In 2006/7 Amlan diversified to a range of senior consulting assignments, ranging from advisor to the Head of agricultural practice, at the Global Law firm Govett Quilliam, to serving on the board of an Organic fertilizer company, assisting their global diversification startegy. This continued to a consulting stint with the head of NATO Psychological services, on a range of  defence sector projects in Australasia and in the EU.

In 2009, Amlan moved to Sweden where he initiated his engagements with the Higher education, training and development sector.From supporting universities of the Oresund network in their higher education and internationalisation strategies, to alternate fund sourcing support to education and training companies, Amlan also helped the International University of applied sciences Bad Honnef, Bonn, Germany in their Asia market entry strategies. In addition, a range of specialised consultancy projects were delivered for major big 4 firms, as an external expert.

Between 2012- 2015, and again 2017-18, Amlan moved to London, United Kingdom, on his entreprenerial stint and in 2019, Amlan moved to independent practice.His current engagements include as Executive Board Member, Alternative Development Organisation, a major global alternative development Think tank based in Oslo, Norway. Amlan also is a special advisor to the Board at the MFO group, one of Switzerland’s largest Investment Banks and has several other independent Board level advisory appointments in Japan, India and Sweden.

Amlan is a graduate in Public policy and commercial Law from school of Government, Victoria University,Wellington, New Zealand and has a Research Masters in Economics and Business from Lund University, Sweden. In 2006, he was nominated into a Doctor of letters Honoris Causa. Amlan is a Visiting Professor of Practice at the Birla Institute of Management and Technology, in India.